How A Sub Sank A Train

USS Barb has been called a “Pacific killer sub par excellence.” Here’s some of the story.

The USS Barb was on its last war patrol. She and her crew had served six patrols in the European Theater, and had been in the Pacific for 19 months. The Barb racked up one of the most outstanding records of the war, including sinking an aircraft carrier.

Her skipper while she fought in the Pacific was Commander Eugene “Lucky” Fluckey, also known to the crew as “Dead Eye Fluckey,” One of his mottos was:

“I’ve always believed luck is where you find it, but by God, you’ve got to go out there and find it.” In addition to an outstanding combat record during WW II, the Barb may be the only US submarine that “sank” a railroad locomotive and train.

The captain had observed railroad freight trains near an enemy supply station on the coast. He wondered if he could take out the rail line.

Engineman 3rd Class Billy Hatfield had an idea. As a boy, he had put nuts between railroad ties, and when the rails sagged as the trains rolled over them, the shells cracked. He suggested putting a switch between two ties, rigged to explosives.

Eight men snuck ashore, including Hatfield. There had been no shortage of volunteers. Half of the team were former Boy Scouts. The captain was a former scout and knew they had been trained on what to do if they got lost. He told them:

“Boys, if you get stuck, head for Siberia….”

They were the first and only American combatants to set foot on one of the Homeland Islands. They had their share of exciting moments. One was when Machinist’s Mate 1st Class Markuson climbed up a water tower to assess the landscape, only to discover it was a lookout post. He crept down, never waking the sleeping guard.

As seven men looked over his shoulder, Hatfield set the bomb. Then everyone hightailed it to the beach. They were halfway to the sub 600 yards offshore when a train thundered down the track.

The captain bellowed into a megaphone, “Paddle like the devil!”

Fireworks lit the sky. Barb’s crew cheered the pyrotechnic show from the deck.  Five minutes later, the men were back on board. The Barb had sunk a train.

The sub quietly left the area, returning to Midway.

Fluckey, who had earned  himself a couple of nicknames: “The Galloping Ghost of the China Coast” and “Dead Eye” Fluckey, knew his mission was to “help tighten the steel belt around Japan” and “strangle her.”

Seemed like he did an outstanding job of it.  For his service as the Barb’s commander Fluckey received the Medal of Honor and four Navy Crosses.  Not, bad, Captain “Lucky.”

Battle flag of the USS Barb

Thanks for reading. If you enjoyed this post, please share with friends/family on social media. Brought to you by: Ultimate Flags 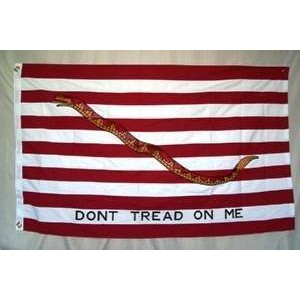 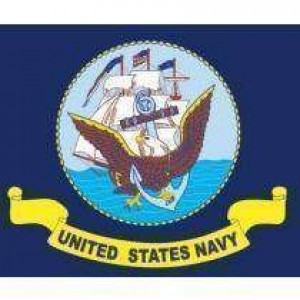 Flag of the US Navy