8 Historical Facts About The US Flag You Didn’t Know

Historical Facts About The US Flag You Didn’t Know

The American flag has been a strong patriotic symbol throughout history. Although you may know the pledge to our beloved flag by heart, there are some intriguing facts about the history and meaning of this powerful flag that may come as a total surprise. Every June 14th is the national Flag Day, where we get to honor the making of our American flag. Here are 8 fascinating Historical Facts about the US Flag you probably didn’t know.

1. The First Flag. Many historical researchers and scholars have credited Francis Hopkinson with the design of the USA Flag and being responsible for the Great Seal of the USA. The famous “Star Spangled Banner” which has 15 stars and stripes, was sewn by Mary Young Pickersgill. The flag was used in Battle of Baltimore during the war of 1812. This flag also inspired Francis Scott to write a poem that would later become the National Anthem.

2. A Star for Every Colony. There were 27 versions of the official American flag. The 1st one was made in 1777 that had 13 stripes with 13 stripes. This represented the 13 original colonies. When the union grew with the addition of Vermont and Kentucky, the flag added two more stars. It stayed this way until 1818. Lawmakers later decided to honor a new state with a star to the flag each time it joined the union.

3. The meaning of the Red, White & Blue Colors? The importance of the colors on the American flag was retrofitted from the explanation for the great seal provided by Charles Thomson. Thomson was the Secretary of Congress back in 1782. White would signify innocence and purity, Red signifies valor and hardiness, while Blue was going to be the color of the Chief which signifies perseverance, vigilance, and justice.

4. It Has Been A Work In Progress. Before settling on the current beautiful flag, there were quite a number of designs that were potentially capable of becoming the National Flag. As earlier said, there have been 27 official versions of the flag where most of the alterations were due to the adding of new states to the union. The current flag design is from July 4th, 1960 when all the 50 states were added to the union.

5. The First Flag Day. The national first flag day celebrations were not even celebrated at the White House or even on the local streets but it was in a local classroom. On June 14th, 1885, it is said a 19 year old school teacher held the first national Flag Day celebration when he gave out an assignment for essays about the flag and its importance so as to commemorate its adoption on June 14th, 1777.

6. The Right Way of Viewing the Flag. During a parade or review, when the flag is out for display. Everyone, with the exception of the police is supposed to face the American flag with the right arm over the heart, saying the flag laws. This is the same when one witnesses the national flag raised as a part of the ceremony.

7. The Designer of Our Current Flag. The American flag is unarguably one of the most beautiful flags ever designed in the world. The current flag was designed in 1958 with the 50 stars and 13 stripes by a high school student Robert Heft in Ohio. Mind you this was a sewing project where Robert was awarded a B- for his project. However, when President Dwight D. Eisenhower came across it, he selected it out of 1,500 proposed flags. Robert’s teacher would later change his grade to an A in the unexpected event that his design won the contest.

8. The First Flag To The Moon. On July 1969, the 1st American flag was planted on the moon by Neil Armstrong. This was one result of the Apollo 11 mission. This was a great achievement for the country as no man had ever done such a deed. After that, there were 5 more Apollo landings to the moon. This led to more flags being planted on the lunar surface. 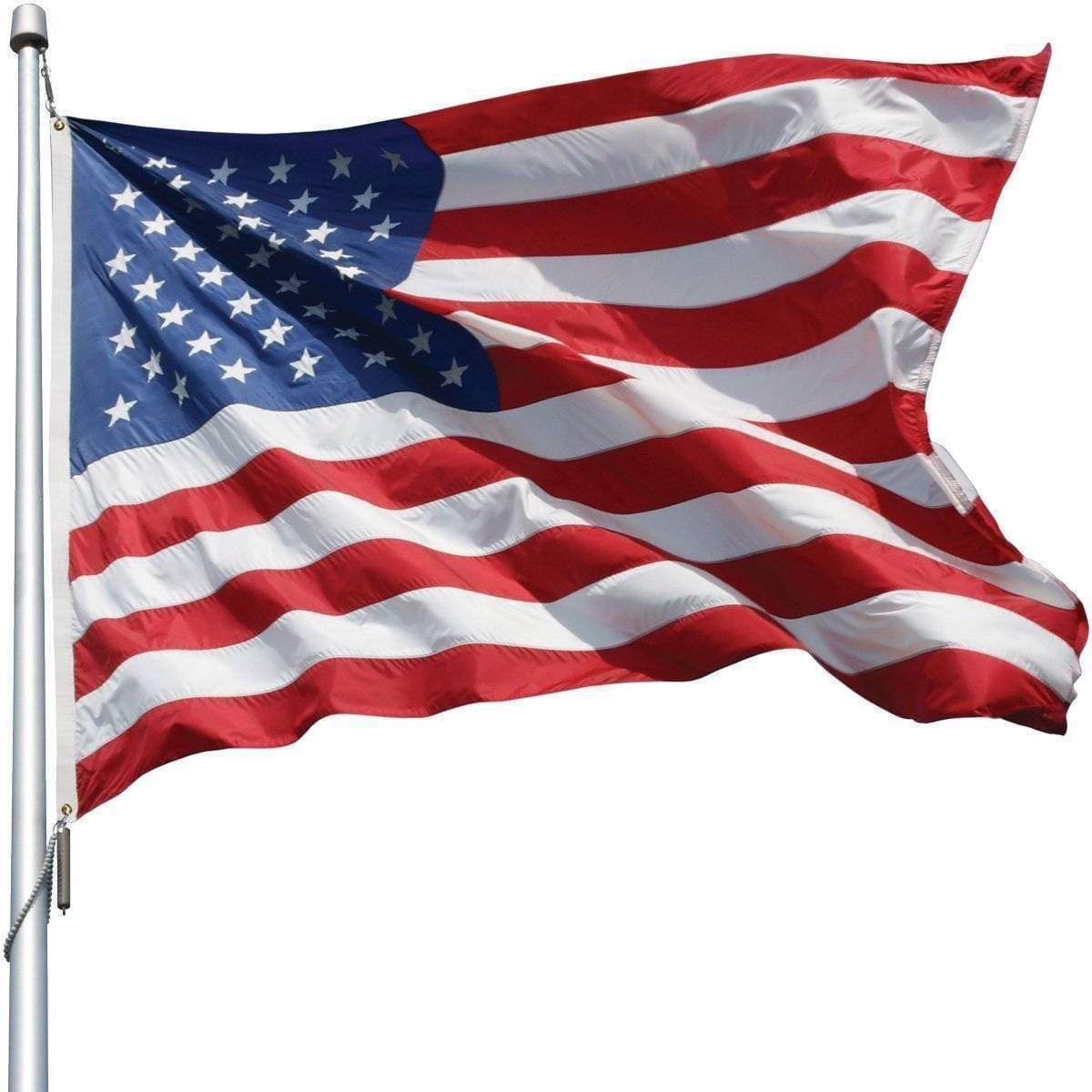 If you would like to fly this beautiful American Flag, go here: https://UltimateFlags.com

We have over 10,000 flag designs available.  No matter what your heart desires, we can help you fly proudly.